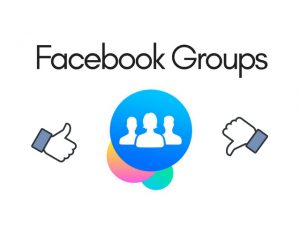 If you’re a Disney Fan, you probably belong to a bunch of Facebook Groups dedicated to Disney.  I’m sure you would agree that some are better than others, but it’s more than just the admins that make them good or bad, it’s the members.  I had to remove myself from a handful of these groups because I was so irritated by some of the posts that were becoming more and more frequent.

This is a post I see in a lot of groups, not just Disney.  Something like “Where should I eat dinner tonight?  AND GO!”.  What does this mean?  Go where?  Did you just start a race to answer your question?  Where is the “On your mark, get set” part? 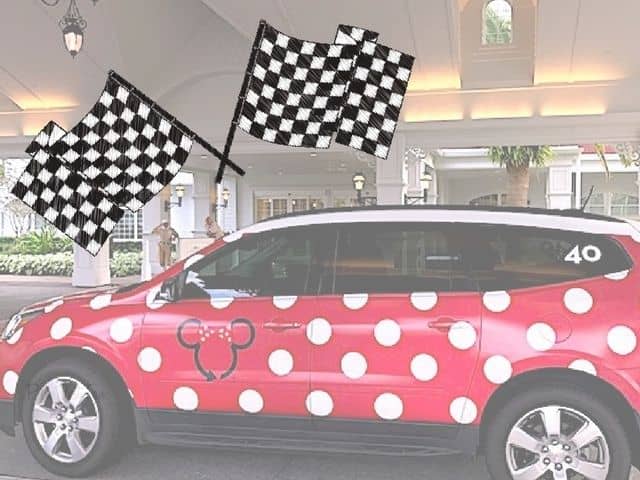 Think about your question for a moment.  You’re in a group of DISNEY FANS – asking ‘has anyone ever eaten at Be Our Guest’, the only acceptable answers are “Yes” and “No”.  You didn’t ask for our opinion, you didn’t ask what our favourite dish is – you asked if we had eaten there.  Yes, we have.

I actually had to google this to find out why this was a thing (apparently it’s a line from a movie).  We’ve all seen it, a post gets heated and the original poster says “I’m leaving” and 200 other people come back with stupid memes that say “Bye Felicia”.  It drives me crazy!  They are leaving your group – let it go and move on!  Why keep the post alive so you can all demonstrate how ‘cool’ you are by not caring about the stranger online who doesn’t want to talk to you anymore? 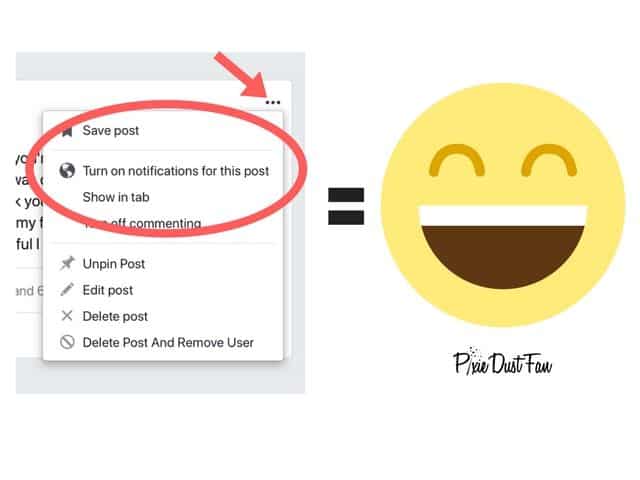 Okay – so you’re in Walt Disney World, and the garbage in your room was not emptied by Mousekeeping when they made your beds.  Should you:

1.  Go to your favourite Facebook Group online and ask 7,000 people for their opinions?

2.  Pick up your in-room phone 10 feet from where you’re standing and ask to speak to someone in Mousekeeping so they can come and empty it?

3.  Wait until you get HOME from your trip and then go to your favourite Facebook group and ask 7,000 people what you should do about it?

You would be surprised how often this post appears in some groups!  They usually turn in to an argument when there are 3000 opinions that vary from “You’re in Disney, be happy about that” to “I would demand a full refund because that ruins your stay!”.  The debate gets heated and the Bye Felicia posts start or the bullies come jump on the bandwagon.

When you post a picture of the t-shirt you made with “I’m not selling it” and include a link to where you can buy it, you’re selling.  Don’t try to say you’re looking for opinions or feedback – it’s obvious.

Yes it is extremely rude to take your shoes off and put them on the furniture – but I don’t need a picture of it.  The topic has been done 7,432 times and apparently (based on the comments) the people in the group would NEVER do this so you’re not providing a public service here.  Move on and stop sharing random pictures of stranger’s feet! 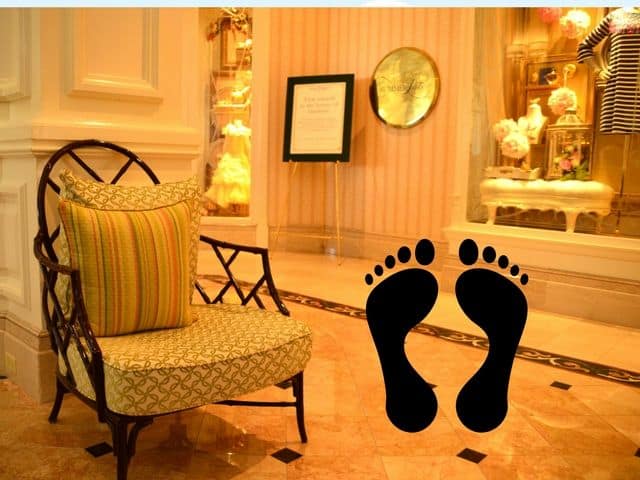 How many times have you seen the post “I was on the bus and my mother was standing and no one offered her a seat!  I’m outraged!”.  I was raised to give up my seat to anyone who looked like they needed it, many other people were too – you just didn’t get one of us on your bus.  The people who are at home and replying to your post are not offering any solutions or making it better.  Unfortunately there are inconsiderate people everywhere, this is a transit problem, not a Disney problem and could be debated till the cows come home. 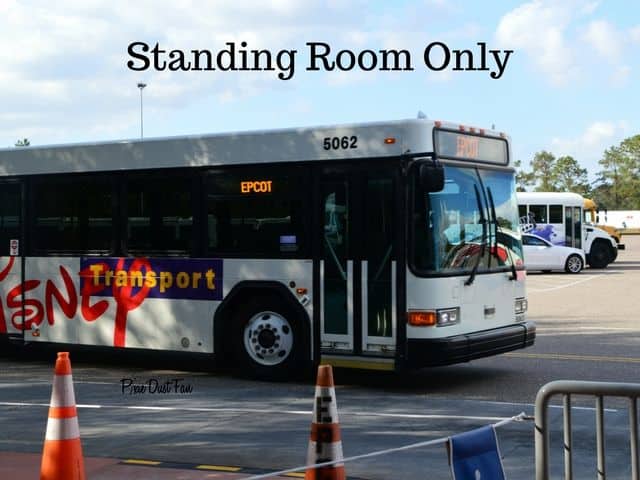 If you want a guaranteed seat, get a Minnie Van.

Ummm… what kind of answer are you expecting?  Did you really want me to detail the attractions, parks, resort benefits and food quality to explain the price?  Or do you just want me to click your Go Fund Me link to donate so that it isn’t expensive for YOU?  You need to figure out how to afford your own trip.

“Can I put 6 people in a room that they say only sleeps 4 people?”

“Can I add lifts to my kids shoes so he’s tall enough for the ride?  He really wants to try the big ones.”

No.  Just no.  The room is a fire code and the height requirement is there so your child doesn’t get HURT.  The rules are there for a reason – follow them. 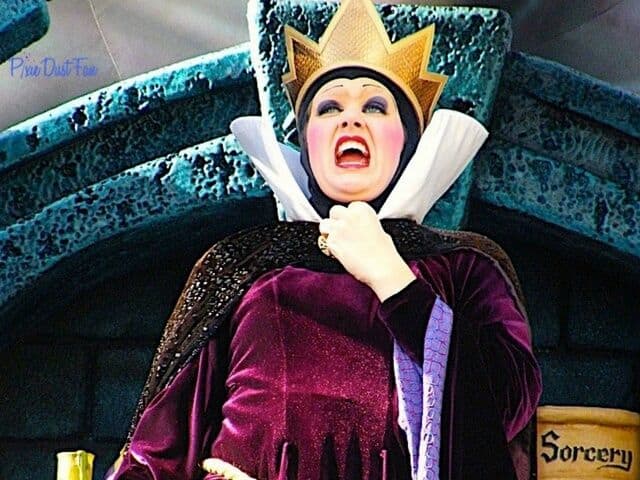 ‘How can I use the pool at the Beach Club?  I’m staying at All Stars’

‘Can I park for free at the Contemporary Resort and walk to the Magic Kingdom?  I don’t want to pay for parking at the park’

‘How can I stay in the Magic Kingdom for the Christmas party if I didn’t buy a ticket?  Can I just wait in the stores till the parade?’

Honestly – it depends what weather forecast you look at as no two are ever the same.  Try Google – and decide which one you want to believe.  I can guarantee you that most of the responses you get are screen shots of weather apps and sites that people found on google. 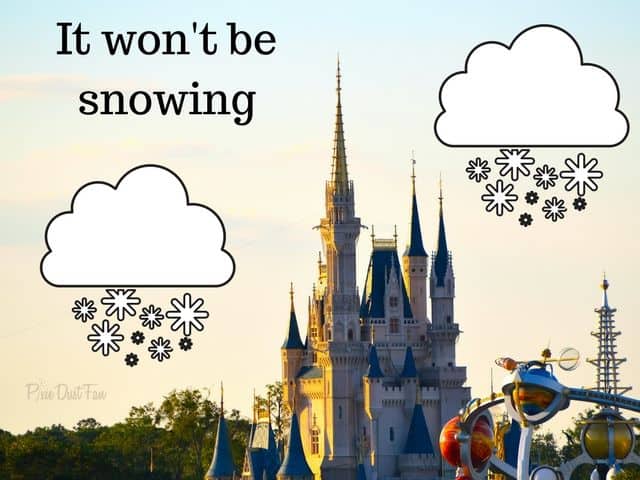 Unless you’re at the Christmas Party of course!

When you’re a big Disney fan you belong to a bunch of different groups.  So when someone posts the SAME post in 6 different groups, I see the post 6 different times!  Please just pick one group and post it in there, or at the very least change the question slightly so it’s not so obvious it’s a duplicate?

I know this might sound harsh, but the endless posts from people asking for Pixie Dust for their sick mother, dog, uncle or friend is sad.  It makes me sad to read those stories and see the pain that people are in.  While I don’t want to dismiss their pain, it’s not why I joined a Disney group.  I joined the Disney group to remind me of my happy place, not feel sorrow for strangers in their most difficult times.  I do have empathy for you, but this isn’t the place.

So you got a dog, cat, fish or turtle and need a ‘Disney Name’ for it.  Congratulations on your pet!  If you’re responsible enough for a pet – I trust you can handle the responsibility of naming it.  If you need suggestions – google “Disney Dog Names”.

My biggest fear when I started my Pixie Dust Fans group was that it would turn in to one of ‘those’ groups.  I knew that I didn’t have enough time to moderate it, but fans of my page were asking me to create one.  It turns out that it’s a fantastic group of people who have no drama, all fun and are really NICE to each other.  I’m so happy to watch it grow and only hope I don’t get too many of these posts!

How many of these drive you crazy too?  Leave me a comment and let me know if I missed any!

This is funny!! I am in a few groups and the drama is so unexpected, and sometimes entertaining. This made me laugh this morning!!

Thanks Leah – I’m glad you laughed. Sometimes it really is entertaining instead of irritating 🙂

I am on crochet groups and I have left for some of these exact reasons! I only follow your Disney group because it has no drama. There’s no one selling anything and I feel you can ask a question (like me finding out that dole whips don’t have lactose) and it will be answered in a respectful way. Thanks Tink for the great group!

I’m so glad you’re enjoying it Leanne! I never want it to be one of those groups where you feel like you can’t ask a question. We’re glad to have you!

I love this too! Well written! Most of these really annoy me too! Especially the pet name! Surely if your a fan of Disney, you know a good few hundred names to choose from!!!

Thanks for the compliment :-). Totally true about the names – I mean how can you not have a hundred in your head??

You’re right! That one drives me crazy too!

Well, you DO get some of this happening but for some reason it’s ok because it’s the pixie dust group! Thanks for creating it 🙂

Thanks Faye! I love our group 🙂

Hahahaha this literally made me laugh out loud! I love it! I love Disney talk, tips and stories!!

Glad I could make you laugh!

Agree! And how about when they complain about things to us but not to the manager of wherever they were when they weren’t pleased? How can anyone expect Disney to fix issues if they don’t know what they are?

Absolutely!! It’s in ALL of our best interests to address any ‘situations’ while we’re there… so that Disney can take action if necessary!

I have a question. How did you get into my head and write all of these down. The “.” Or “following”, or just “F”, is one of my biggest pet peaves. I almost thought that the F people were using the short cut curse word.

LOL! Totally!! that ‘F’ – especially on a post after I have commented and getting all of those notifications?? Oh my word… frustrating!

You forgot the 6 people who asked the same question within 2 hours without scrolling down a bit or doing a search.

Took the words out of s my mouth!