Star Wars fans, including myself, have been on the edge of their seat ever since the D23 Expo in 2015 when it was first announced that Star Wars would have a huge presence in both Walt Disney World in Orlando and Disneyland in Anaheim as concept art was shown for two identical 14-acre lands, now known as Star Wars; Galaxy’s Edge.

Flash forward to March 7th, 2019 – Disney has finally released the opening dates for both of these highly anticipated lands. During the annual shareholder meeting held in St. Louis, MO., Disney CEO Bob Iger announced that guests visiting Disneyland in Anaheim will be the first to visit the planet of Batuu starting on May 31st, 2019. Furthermore, Guests visiting Walt Disney World in Orlando will have to wait a little longer as the highly anticipated land will open on August 29, 2019.

It was also announced that both lands will open in two phases. During the first phase, guests will be able to pilot the Millenium Falcon during the E-Ticket motion simulator ride, Millenium Falcon: Smugglers Run in addition to enjoying the various food & beverage locations and merchandise shops. During the second phase, which will be later in 2019, guests will be able to enjoy the second attraction, Star Wars: Rise of The Resistance, which is a E-Ticket dark ride in addition to Smugglers Run, the food & beverage offerings and merchandise shops. 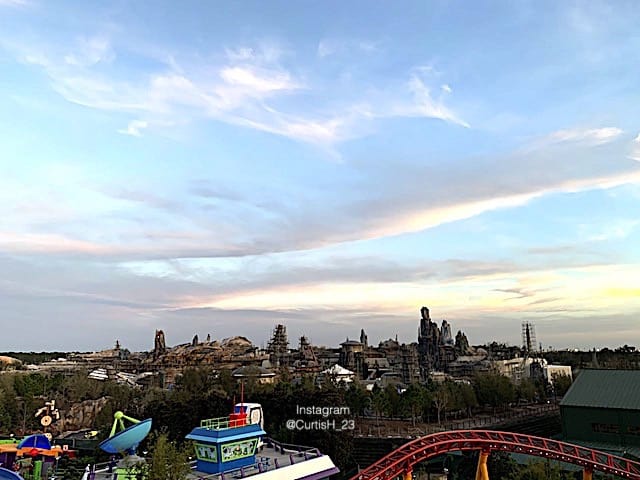 Over on the east coast, Guests visiting Walt Disney World will not have to make a reservation, but capacity of the land will be limited. It is exciting to note that Extra Magic Hours will be available to Guests with a hotel reservation but those details have yet to be announced.

It is an exciting year ahead for Star Wars fans and I can’t wait to check out Batuu for myself during my visit to Walt Disney World this fall!  I’m most looking forward to riding both of these E-Ticket attractions, especially Star Wars: Rise of The Resistance and of course, enjoying all the delicious food and drinks including the famous Blue Milk!

What are you looking forward to the most when you first visit Star Wars: Galaxy’s Edge?  Leave me a comment and let me know!

I look forward to seeing you in the parks!