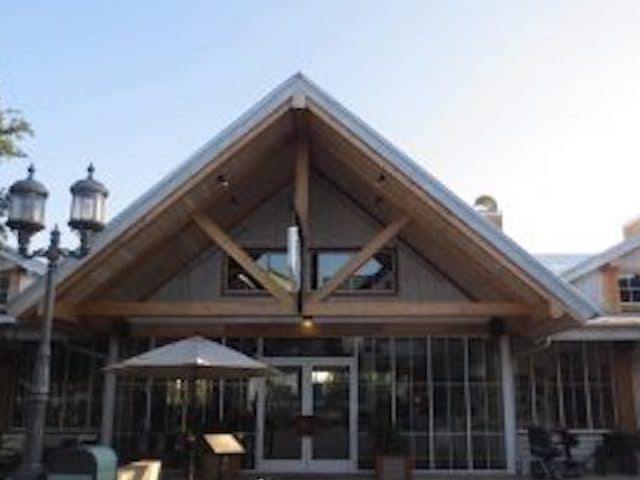 I am not a “foodie” who follows cooking shows.  I have a hard enough time not stuffing my face while sitting on my couch, so why would I watch an hour long show that akes everything look so delicious?  If you ask me, that’s a temptation that I can’t handle!

The first time my family suggested that we visit Chef Art Smith’s restaurant at Disney Springs, I had no idea who he was.  Of course they knew who he was because two of them are addicted to cooking shows and are the type of people who get excited about a new kitchen appliance.  I was worried that it would be some ‘fancy food’ – but they assured me that it was famous for fried chicken.

We arrived at Chef Art Smith’s Homecoming for our reservation.  I really liked the way the interior was laid out; it was very inviting and open.  The details and theming were impressive, you really felt like you were in someone’s home in the south with the screened in front porch.

Everyone was enjoying themselves and the atmosphere when my sister took out her phone and started snapping pictures of some man.  I couldn’t figure out what she was doing, until this man came to the table and I realized that this was THE Chef Art Smith.  He was a lovely man who chatted with us and posed for pictures.  Let’s just say a few people at our table were very excited to get to meet him! 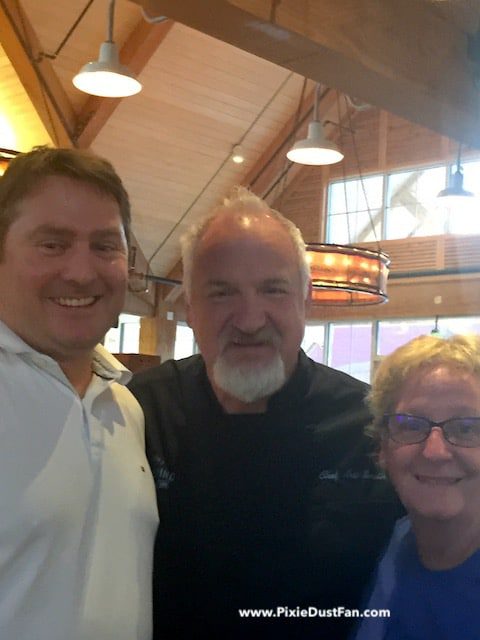 My nephew and sister were over the moon to meet him!

I have been back to Chef Art Smith’s Homecomin at Disney Springs many times since that first visit.  When friends join us at Walt Disney World it is usually one of the places we take them to.  There is a great variety of drinks on the menu 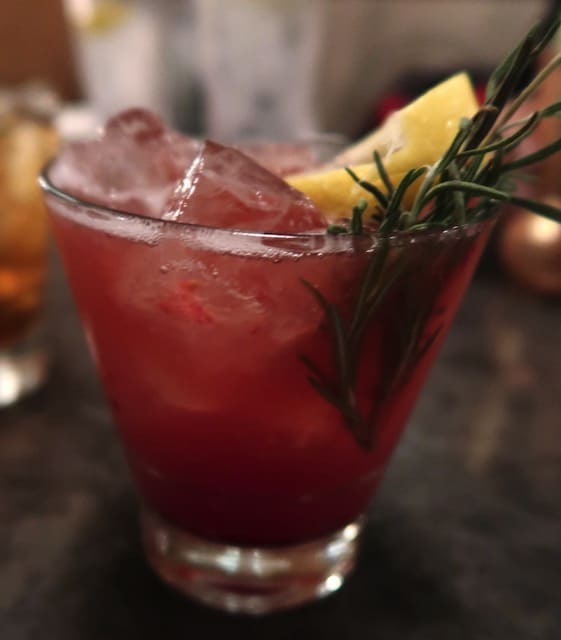 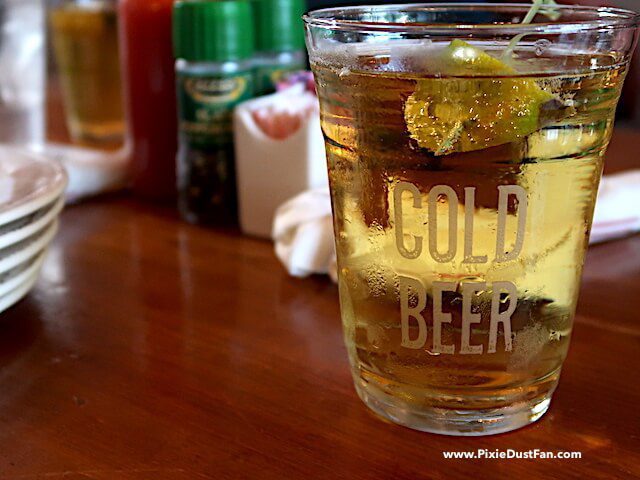 But once – we thought we were smart and tried the moonshine tasting.  Let’s just say – WOW!  It burned… a lot of it burned going down, but I can now say I’ve tried all sorts of moonshine, and I can safely say I don’t like it.

What I do like though is the starters.  We have tried a few including the Jasper Board (An array of Southern goodness perfect for sharing with the table. Smoked fish dip, pimento cheese, char-grilled smoked sausage, bread and butter pickles, candied pecans, and buttermilk crackers) 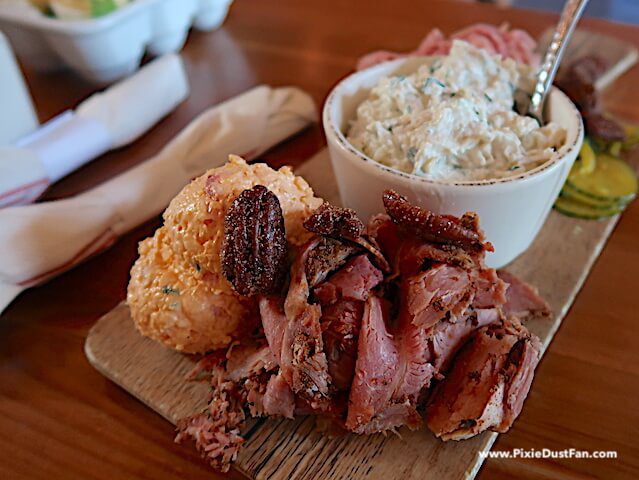 I’m missing the crackers in this pic 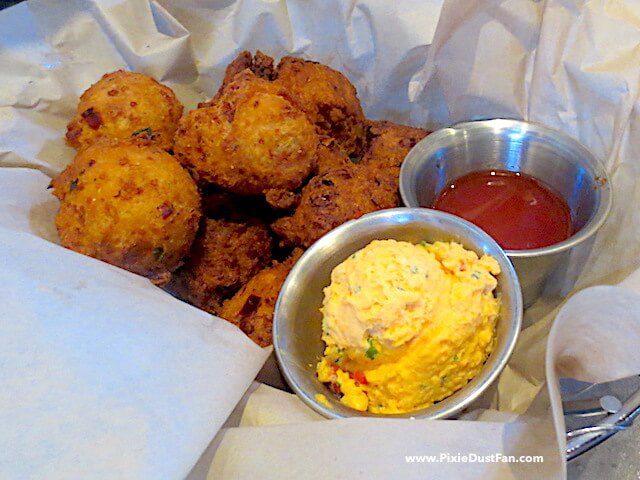 These were surprisingly yummy!

But my absolute favourite starter is the Church Lady Deviled Eggs 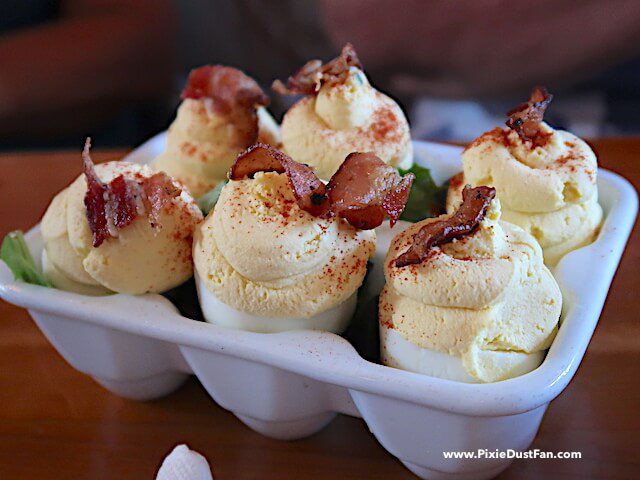 The problem with the starters is that they are so good, you run the risk of not leaving enough room for the main course! Yes, Art Smith is famous for the fried chicken, and with good reason.  That chicken is so moist and tender you could mash it up with a spoon if you wanted.  The skin is perfectly seasoned and yummy that I can’t NOT get the chicken when I go. The big debate is what sides you order WITH the chicken.

I usually get the fried chicken and doughnuts, because – well… where else do you get doughnuts WITH your dinner? 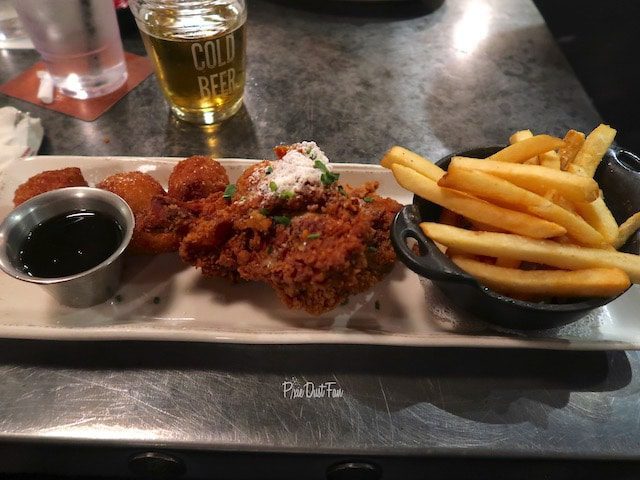 But there are so many great side items to choose from… you could just order 3 sides? 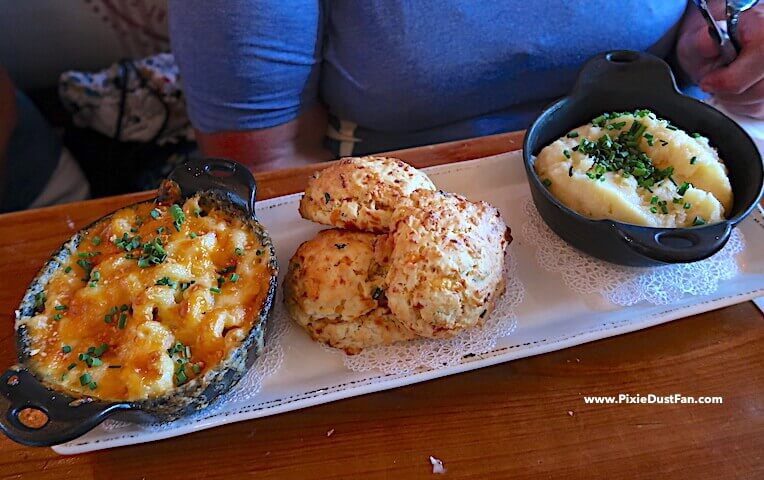 If you are a Mac and Cheese lover, honestly – you don’t want to miss this.  It’s SO incredibly cheesy – sometimes we’ll just order one as a side for the table we all share because we just need a couple of bites. 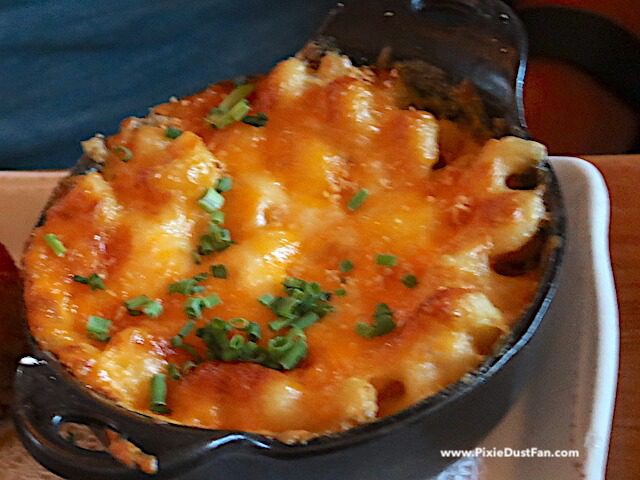 We can’t NOT get an order of Mac and Cheese

Once the main course is over, I can honestly never think about dessert.  I have taken my leftovers more times than I care to share – but I will say the chicken is great the next morning for breakfast in the room or a late night snack!

BUT – if you do have room, my friend have split the famous Hummingbird Cake 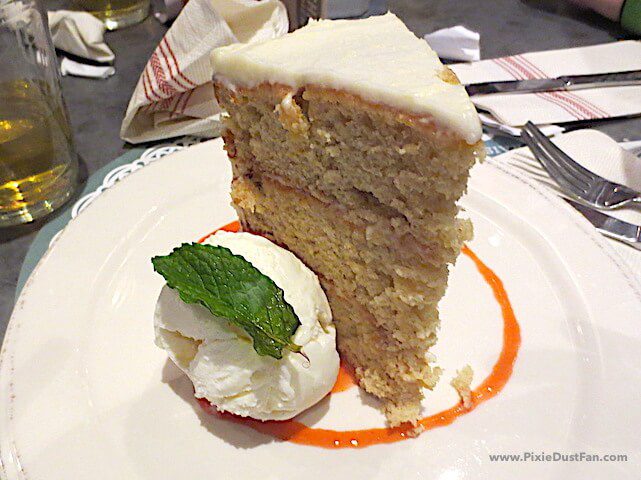 Have you eaten here?  Did you make it to dessert or did you have to take your leftovers with you?

I’d love to hear from you how your meal was!  There are some great places to eat at Disney Springs it’s so hard to choose!

[…] enjoy.  It’s making it very difficult for us to decide where to go when we visit.  We love Art Smith’s Homecomin’ as well as Morimoto – too many choices!!  Seems like we might just need a week vacation just […]

We love to sit at the bar there for a drink and *those magical deviled eggs*!!! Can’t wait till we can do that safely again…great review (and great pic)!

Thanks – it was a fun review to research 😉 Those eggs are incredible!