Gift Ideas For A Disney Fan 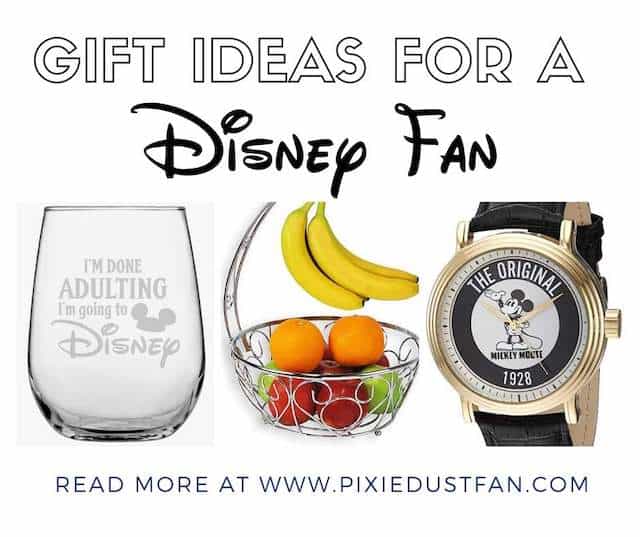 What do you buy a Disney fan?

It’s that time of year again, when you start the conversations of “what do you want for Christmas?”.

Personally, I dread these conversations every year.

It was different when we had little ones to spoil and there were so many different things you could buy them.  There was always the one or two toys that were difficult to get – the “IT” toy of the year that required lining up at stores at midnight to get one of whatever the thing was!  In my day it was a Cabbage Patch Kid, but more recently it has become special video games or consoles.  Either way there was always the excitement of trying to get that ONE thing that was so special.

Now that the kids are grown and we’re buying for adults – it’s much more difficult because we don’t NEED anything.  If we needed something, we would have bought it for ourselves.  So that rules out stuff we need – what about stuff we would like??

For the Disney fan, there is always stuff we would LIKE but maybe don’t NEED?  I had some fun searching online for some stuff that would be fun to have… but I probably wouldn’t buy for myself unless I had some extra money lying around!  Click any of the pictures for the links to buy!

Truth be told I don’t even really like wine all that much, but I think these are fun for when you’ve got company over?  Just to show a little Disney side? 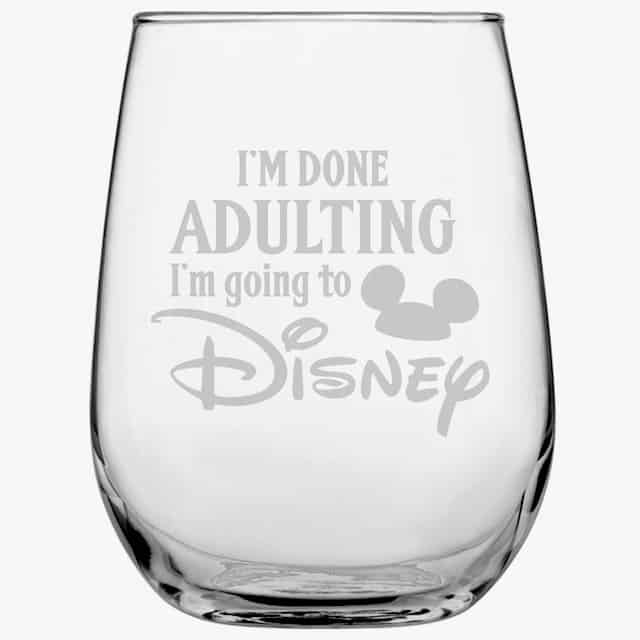 A girl can NEVER have enough tshirts… seriously!  And this one ‘speaks’ to me of course!  I have a lot of Disney T-shirts, but I try to refrain from buying them outside of the parks or else my collection will REALLY be out of hand.  I try to limit my purchases to the parks and sometimes the Disney Store – but these shirts online are really tempting me! 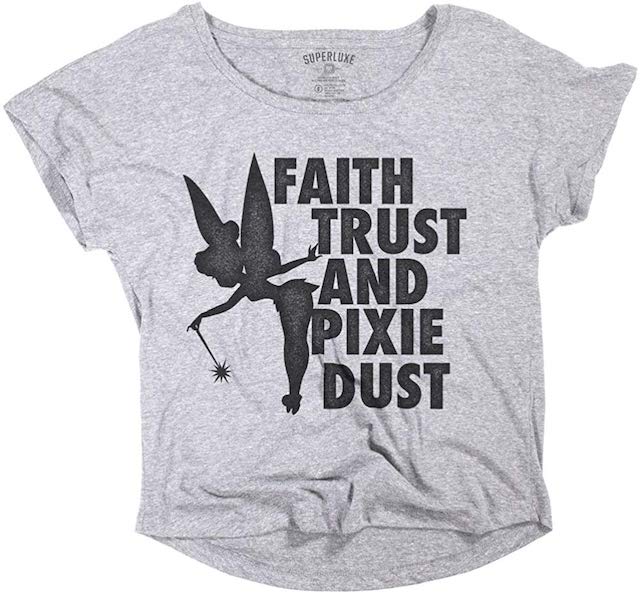 I have a thing about Dooney’s … and I have enough of them – well more than enough, but I love this Orange Bird one!  I would never buy it because I have too many blue purses – but this one is so cute! 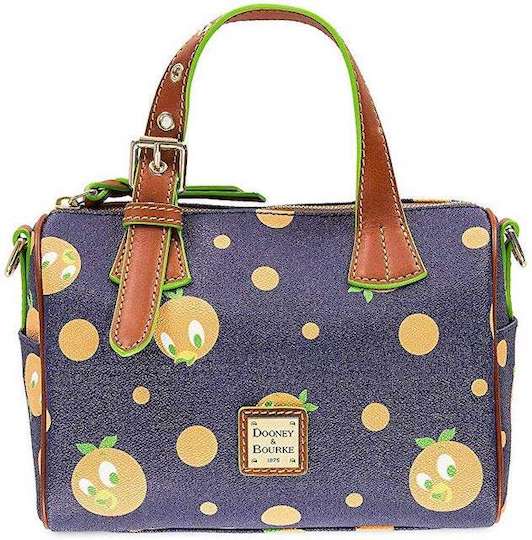 I already have a full on Disney kitchen – but there are some other items I could ‘clutter’ my countertop with happily!

I don’t buy fruits because well…they go bad in my house long before I would eat them, but this is just too cute!  And affordable… if I had fruit I’d want it.  But maybe it doesn’t look so good empty? 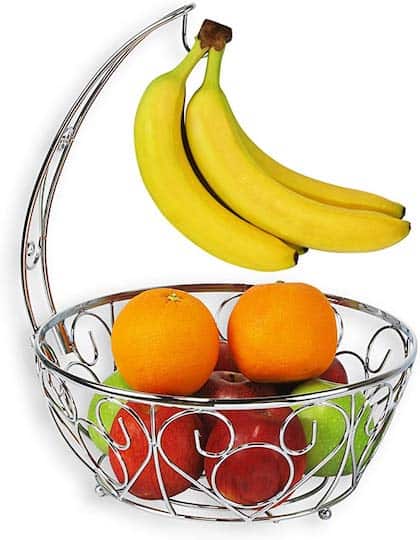 How fun would it be to bake a cake with Mickey baked in?  If I could bake… or cook at all – this would be fun. 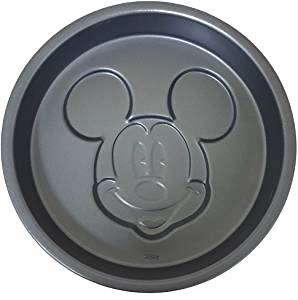 Again… if I took my lunch to work on a regular basis – this would be something I would buy.   At this point I have 4 or 5 different lunch bags and all the tupperwear I can handle – and I still don’t take it to work often enough to justify buying this.  But if I WAS going to buy a new one – this would be it! 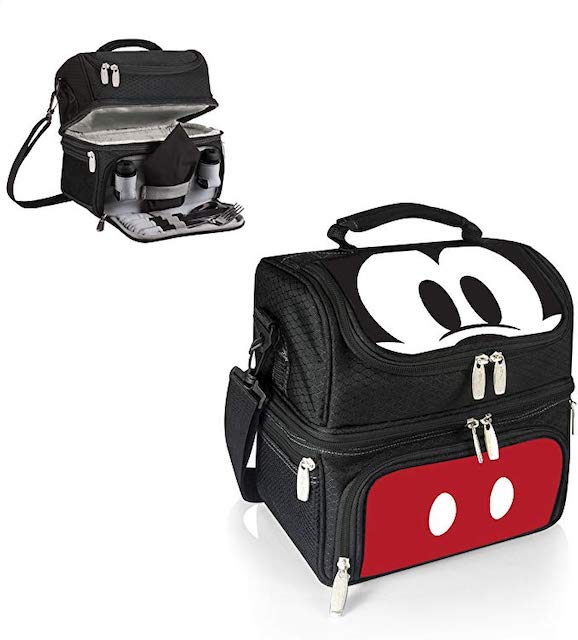 Here’s another one – how do you even make a waffle?  But I might learn just to have a Millennium Falcon shaped waffle on a Saturday morning.  I mean how cool is this?  Maybe it’s like pancakes?  Do they make the boxed stuff that you just add eggs?  I need to investigate this – and now you know how useless I am in the kitchen! 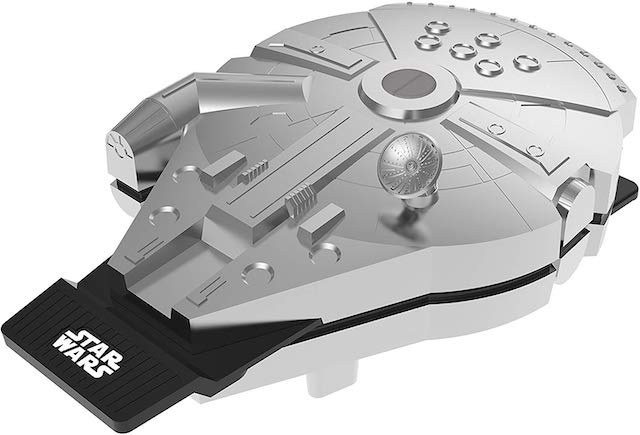 It’s Mickey Mouse and chocolate – enough said?  Do I need to really sell this one?  I think the big danger for me here would be that I might never leave the house… I’d be eating chocolate covered everything.  Well MAYBE that’s how I start eating more fruit??  hmmmmm… there could be a case made here for this!

I may have quite a bit of Disney art already in my house.  In fact, I think I have art upstairs that I haven’t even hung up yet – but I can’t help it… good art and collectibles just tug at my heart strings and I want them all.  I have to practice restraint with some of them because they’re not like t-shirts, I can’t afford to buy that many!

This is such a fantastic piece – Mickey through the years.. but notice each Mickey has a ‘hand’ in the next?  I love it – and I am sure I could find a place to hang it in my house!

Winnie the Pooh holds a special place in my heart for so many reasons.  This one is so fantastic because it’s long and thin… would fit perfectly in so many places in my house that traditional stuff does not.

Wouldn’t you love to be able to stare out the window at home and see the castle?  I would – if I thought I could put this decal up properly I would be buying it! 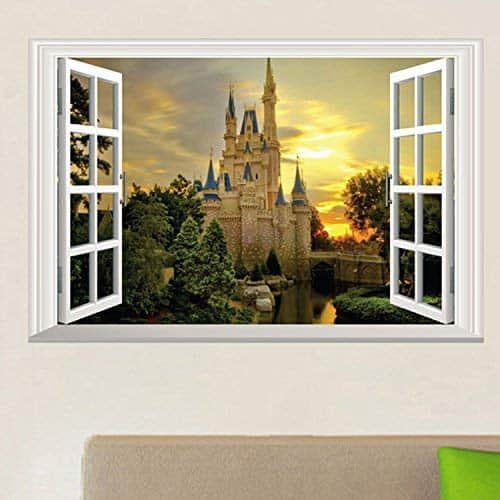 And even though this is shown in a nursery – I would TOTALLY have it in my house!!  I love this… but I do fear I wouldn’t get it stuck on properly?  Have you ever done one of these?  Was it easy? 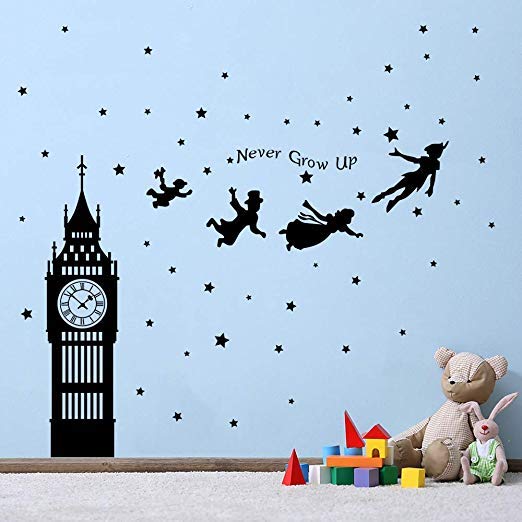 Walt Disney loved trains, and if money wasn’t an issue – this would be a fantastic piece to have in my house.  It’s quite the collectible with a limited edition of only 1,000 made and the details look incredible on it.  Wouldn’t this be a great conversation point with visitors at your house?  I guess only if they were Disney fans!  This one is NOT available to be shipped to Canada.  Sometimes it’s really hard being a Canadian Disney Fan! 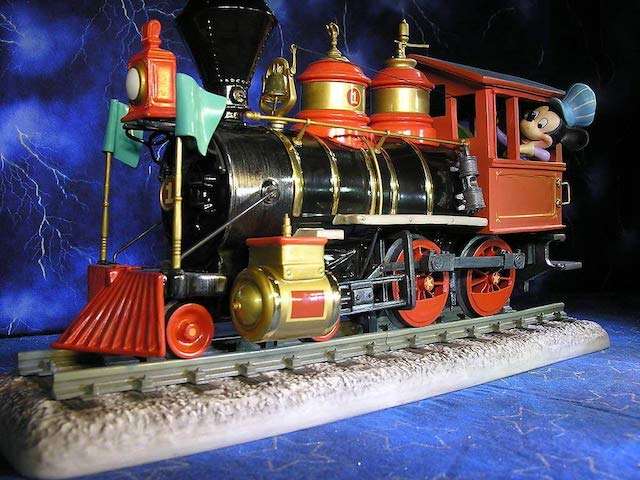 It’s always fun to have some Disney touches in your accessories – and this Mickey Mouse sterling silver necklace is perfect!  There’s also a Minnie version if you’d prefer to have a bow! 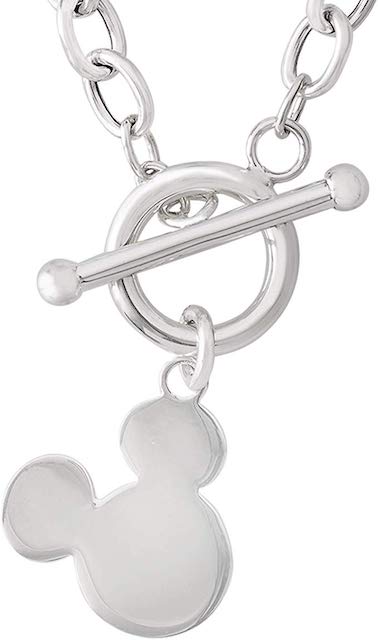 I am of course addicted to Alex and Ani as well, those bracelets are always a fun souvenir!  Carrie and I talked about those on the podcast about souvenirs because they are the perfect way to remember your trip every day when you’re wearing them!

What about a watch for him?  These Mickey Mouse watches are the perfect gift for the Disney guy in your life! 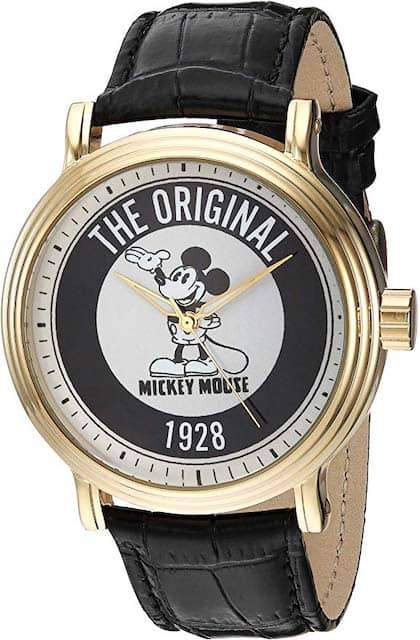 Admittedly, this one is WAY out there…. And I have NO idea what I would do with it, or even where I’d put it – but it’s cool.  If I had a bigger house and lots of money… I would have my own voice activated R2D2! 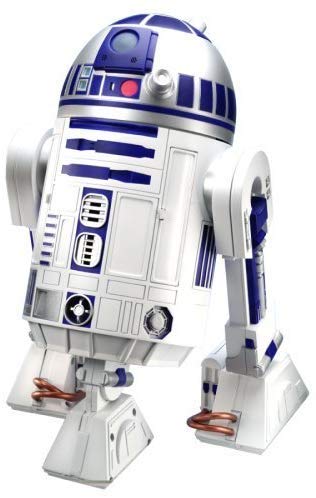 A Trip Of Course?

When in doubt – gift cards that will help me GET to Walt Disney World, Disneyland or on a Disney Cruise is always welcome!

Disney fans aren’t REALLY that hard to buy for.  We’re easy to please – something that reminds us of our happy place and all of the memories is all we need!  Oh… and a little Faith, Trust and Pixie Dust?  ……. I couldn’t resist!

While you’re buying gifts for your loved ones, consider donating to a local charity to pay it forward… everyone could use some extra Pixie Dust. 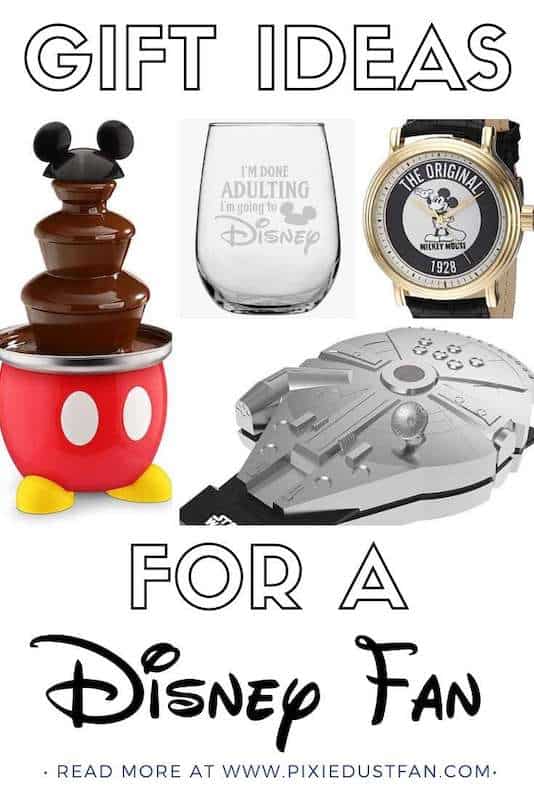