Why I Watermark My Photos 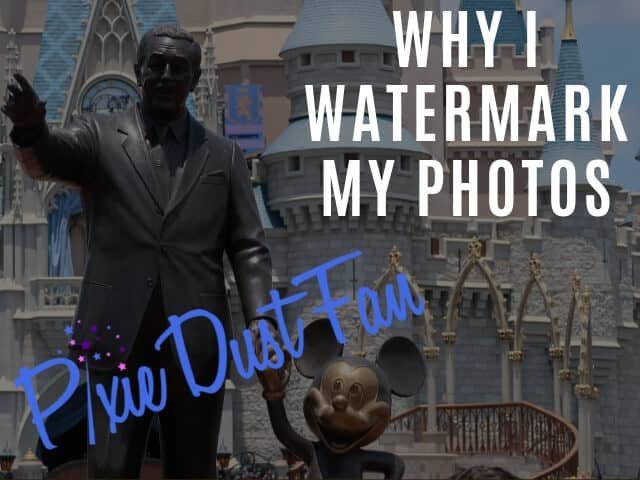 A question that I get asked is ‘why do you ruin a good picture by putting your logo on it?’.  My response is usually ‘so people know the source and hopefully come find my blog if they like the picture’.  That’s my politically correct response, but it’s only part of the reason.

The other reason is – people will steal my content.

Just this weekend I created a piece of content for Mother’s Day.  I spent time gathering my magic bands, setting them up (they kept falling over!), just to get the shot of the different ones.  Then I spent time in the photo editor I had making the graphic, deciding on the fonts to use and color filter to apply.  I debated putting lots of logos on it because I thought it was a clever graphic, but I decided my logo at the bottom and my website across the picture was good enough.  I didn’t want to ‘ruin’ the picture as some would say of others I’ve done. 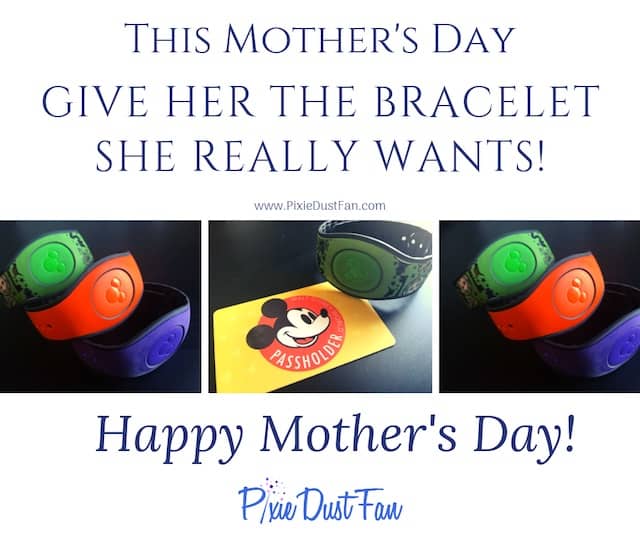 That same day – I had friends send me this post from a group: 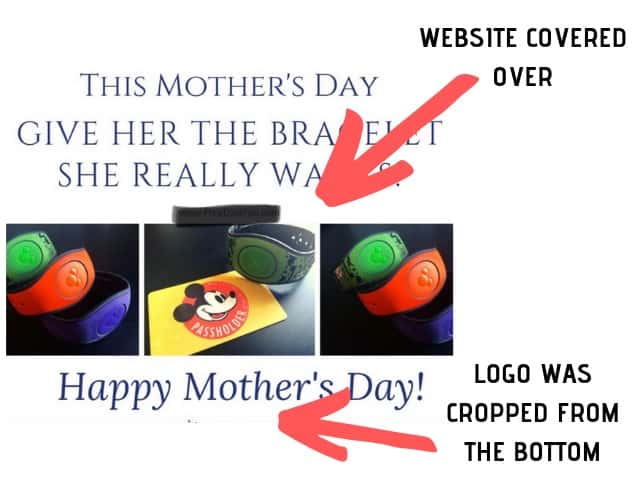 Yes – that is the graphic I spent my time making, and someone deliberately cropped my logo from the bottom AND COVERED my website on the top.

It was reported to the group admins who replied that the person who posted wasn’t deliberately trying to steal the content – they were following the group rules.  I assume that means the group rules prohibit links/references to other pages and groups.  I get that… but then please don’t share it at all.

The post was reported to Facebook and eventually the admins removed it from the group.  But not before the post has been downloaded and uploaded again elsewhere… without my logo.  Once the image is out there – it’s done. 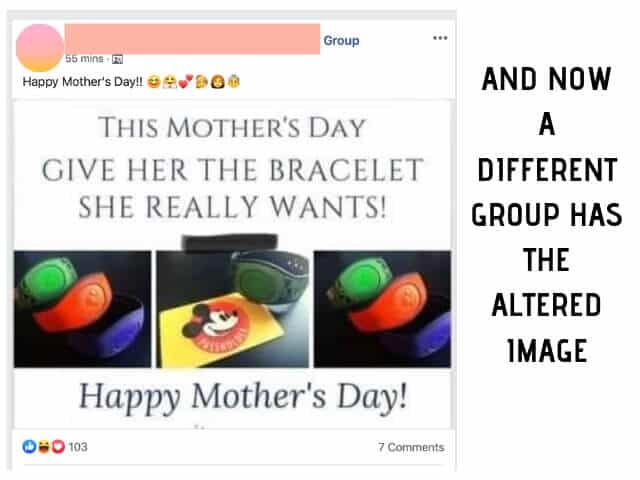 As a creator, I’m thrilled when I see my content being shared and people respond and relate to it.  I just wish that the people who were interacting with it knew where it came from so that they could find me and enjoy more of it.

Some fans have downloaded and uploaded my pictures.  While the social platforms don’t recognize it if it isn’t shared, these individuals do leave my logo there so that others know where it’s from.  I am grateful for that. 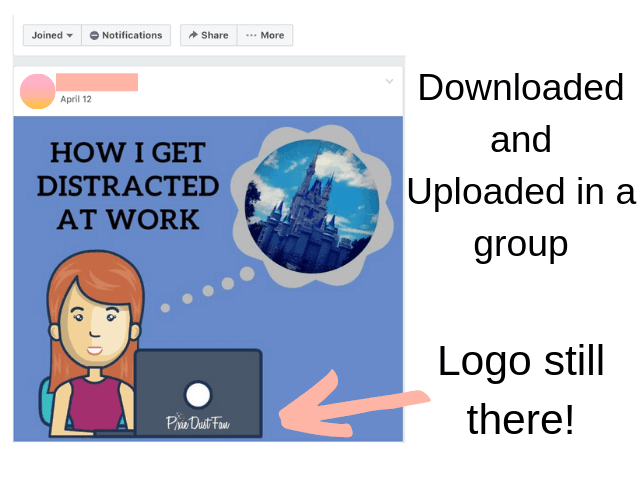 This one appears with my logo

What really irks me are the big pages who know better, and are just lazy. I spent hours creating this post because I thought it was fun and engaging: 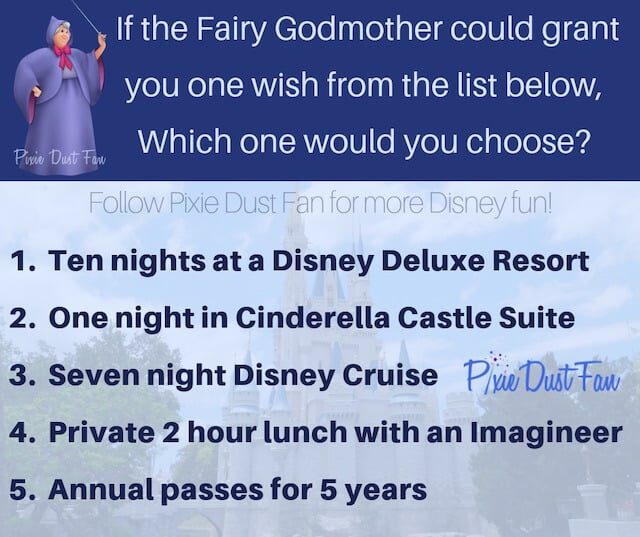 How fun is this? I had some great comments!

Only to see this post from a page with over a million followers who did this: 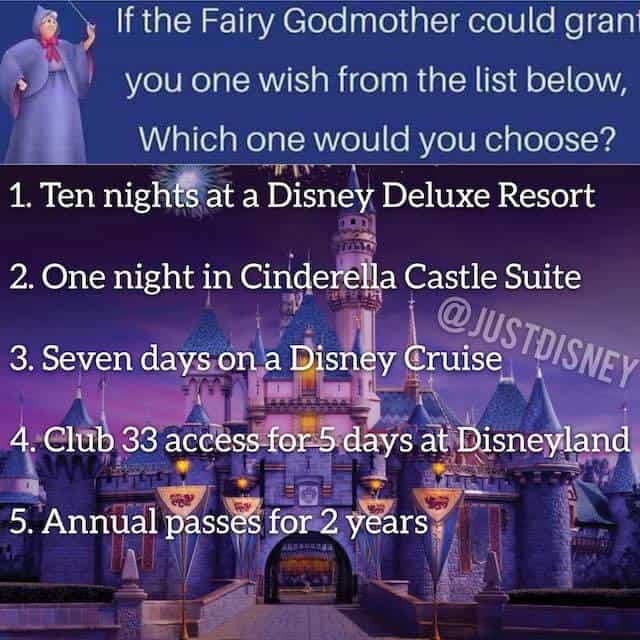 It was not the only time this particular page has taken my content and manipulated it or just copied it.  I didn’t blur out their name because hey – I wouldn’t want to cover their logo, let’s give them credit.

I debated if I was going to comment, post or say anything on Facebook but I decided a blog post was better.  I will reference this blog every time I get the question ‘why do you ruin your pictures’.  It will also serve as a good reminder to me – I need more watermarks that are harder to cover up.